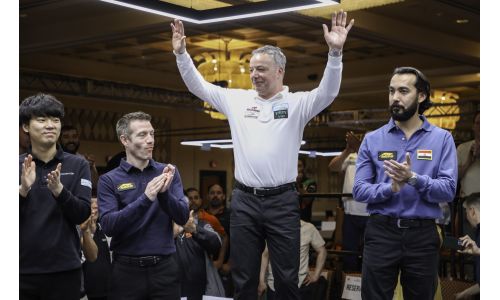 In the Las Vegas World Cup Dick Jaspers did it again. The Dutchman won his third big event in a row, the 27th World Cup in his career.

It was 19 years ago when last World Cup took place in the Usa, that was in LasVegas back then.

Sameh Sidhom from Egypt played the final against Jaspers. He took a small advantage at the start but soon he lost it, anyway he fought until the end showing an exciting end. Final result: 50-43 in 30/29 innings.