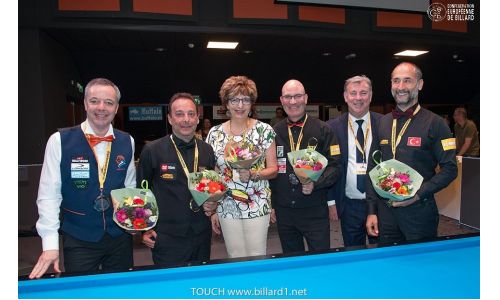 The Spaniard won the title at the continental championships in Berlicum/Netherlands today with a 50:35 after 19 innings against defending champion Dick Jaspers (Netherlands). Sanchez started the match brilliantly with series of four and nine and was already 13:2 ahead after only two innings. The Spaniard defended this advantage until the five minutes break and was ahead by 26:16. In the past, Dick Jaspers had been able to improve his game in the second leg and had turned around many matches he thought were lost. But this time it didn't work out.

In the ninth inning, he came back to 28:28 with a run of 11 points, but Sanchez countered immediately with runs of eight and six points. So after 14 innings the score was 42:28, but Jaspers didn't want to give in. He came back to 33:43, but again Sanchez answered with five points. Now it was only a question of time when Sanchez would close the game.

In the 19th inning the time had come and he scored the fiftieth point to win his third European title. Dick Jaspers had to settle for silver this time.

The day started with the two semi-finals. The first match was played by Dick Jaspers and Semih Sayginer from Turkey, who both played on an extremely high level. Both played a few higher runs, but Jaspers was always one step ahead of his opponent. After only 15 innings, the Dutchman reached the target of fifty points, while Seyginer had 33 points on his account at that time.

The second semifinal between Daniel Sanchez and Martin Horn from Germany was not quite as high-class, but much more exciting. The preliminary decision was made at 34:33 in favor of Sanchez, when he managed a run of six points. Horn could have countered at any time, but he missed several times a continuation by a few millimeters. It was remarkable when Horn gave a point to Sanchez in the decisive phase of the match, when neither the referee nor the Spaniard were one hundred percent sure whether the carom had actually occurred. The German immediately received applause from the crowd for this fair play. Sanchez also thanked Horn again personally after the end of the match.

With this, five days of European Three-Cushion Championships come to an end. Throughout the tournament, the athletes showed remarkably good performances, which ultimately culminated in great final matches. All information and results of the event can be found at www.eurobillard.org. 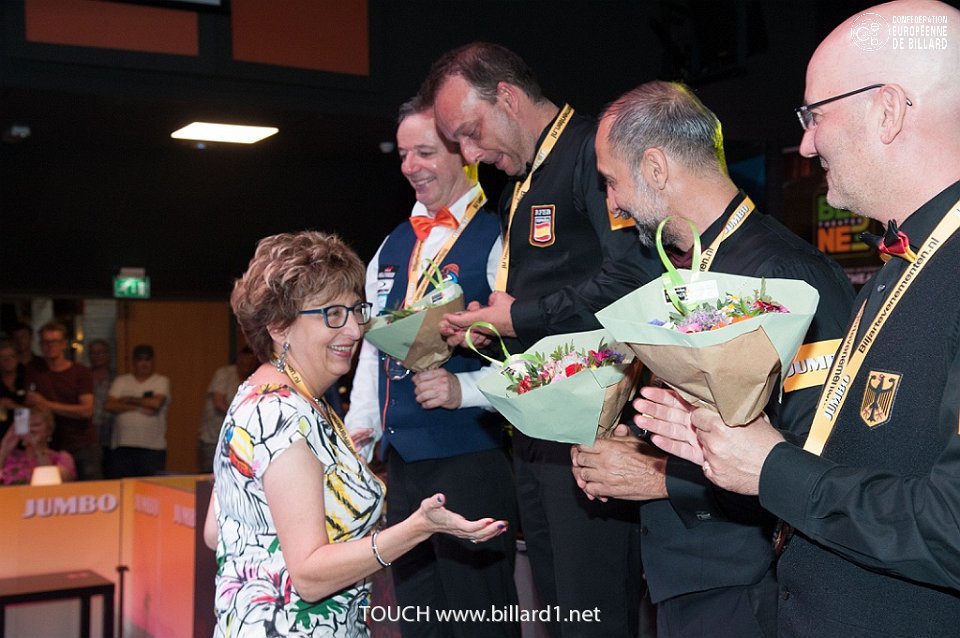 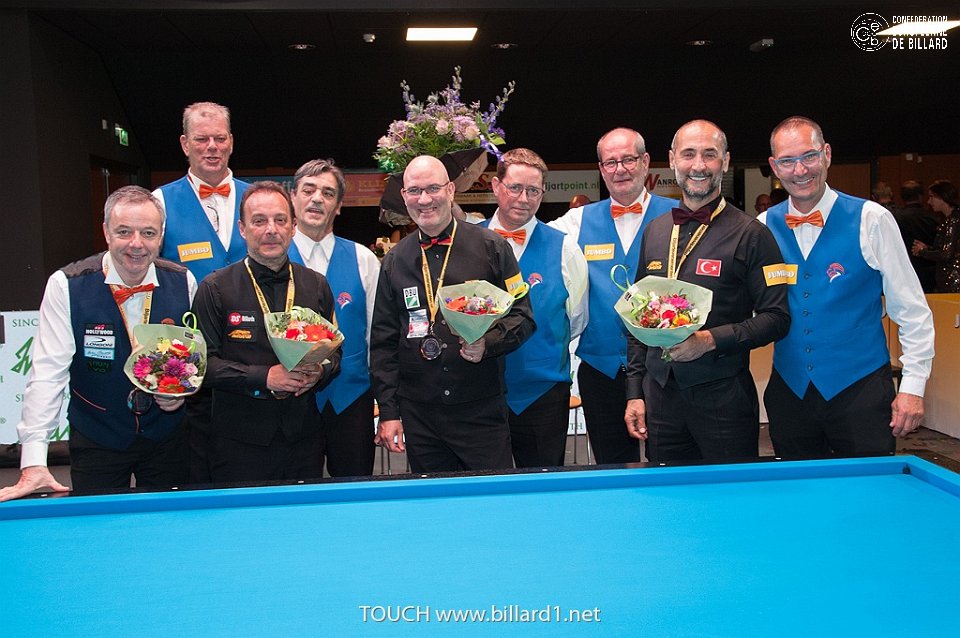