The first of the two balkline European Championship has his new king. The French Willy Gerimont got the gold medal in the 71/2 discipline after an incredible match against Patrick Niessen (Belgium) that got the silver medal.

The final was one of that matches that you will remember for a long time. Niessen started strongly with 115 points reaching the finish line of 200 points by first, Gerimont equalized with 63. The score was saying 200-200 in 6 innings so an extension was needed.

The first extension was another draw both scoring 20 points, in the second extension Niessen only scored 3 points and Gerimont could finally win and let his joy explode. 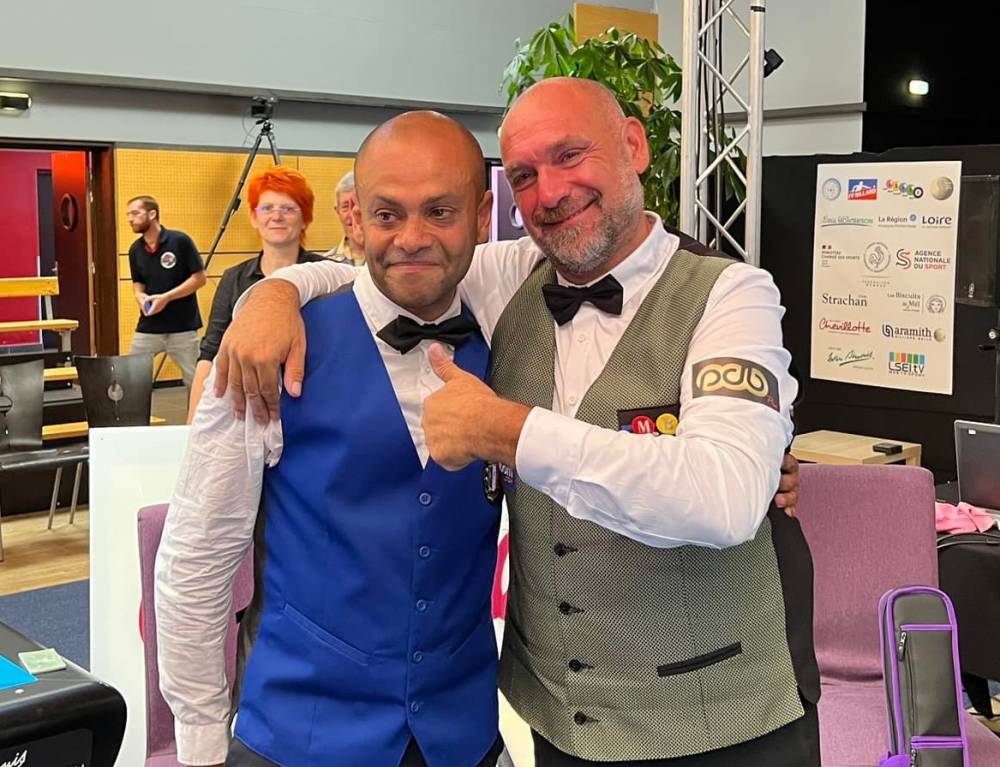