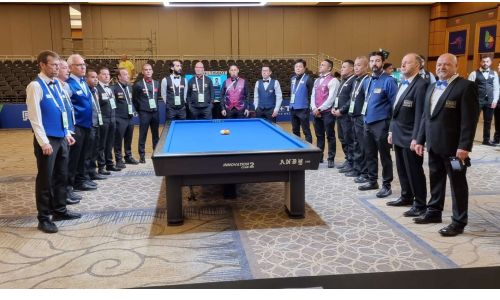 The world's elite of billiard in 3-cushion, pool, and snooker disciplines started the run for the prestigious medals in The World Games in Birmingham (Alabama, USA), in the Sheraton Ballroom.
Billiard has in place in this very special event only comparable with the Olimpic Games. 34 sports are featured and 3400 representatives from overe 100 countries will compete for a place in the Hall of Fame.

The game system is a knockout tree with matches to 40 points with equalizing innings and penalties. Time shot to 40 seconds and 3 time outs.

The first rounds of 1/8 finals is now over. 8 players won their match and got a ticket for the quarter finals, 4 CEB players are among these 8: Dick Jaspers, Torbjorn Blomdahl, Eddy Merckx and Daniel Sanchez.

Marco Zanetti was surprisingly eliminated by Funaki Kouji (40-23 in 15) while Tayfun Tasdemir did not survive the first round as well suffering a 40-35 defeat in 19 innings by Garcia.

From the European clash in the quarter finals emerged the first two that will play each other in the semifinals: Dick Jaspers and Eddy Merckx. 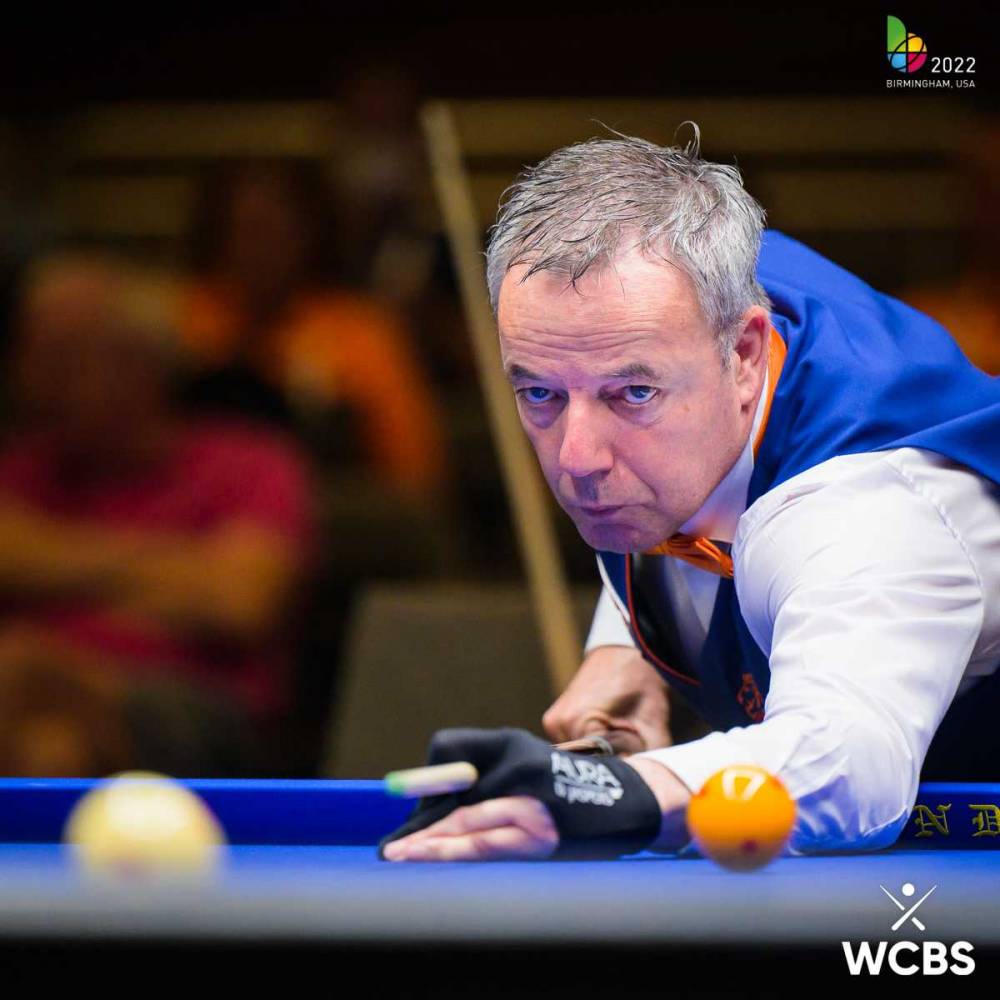 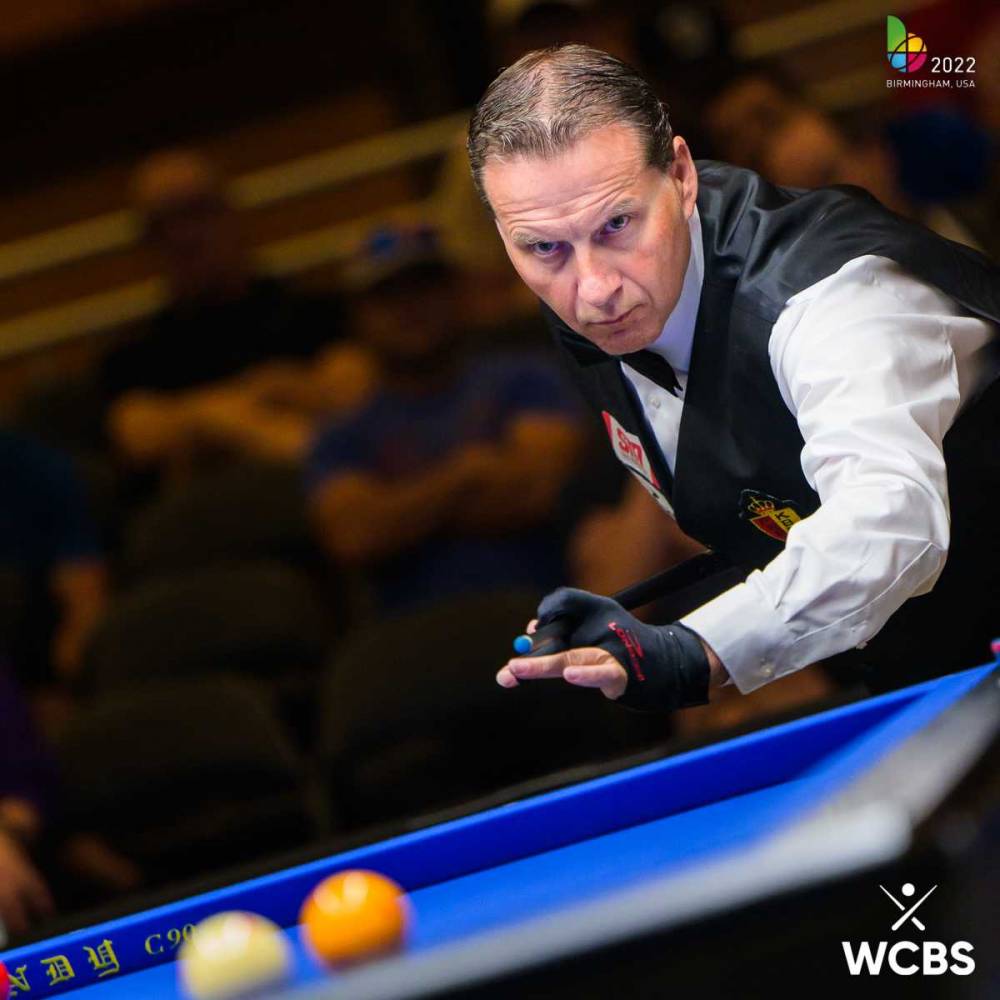 Jaspers outplayed Blomdahl by 40-20 in 24 innings. The Dutch World Champion took a strong lead at the halftime and even increased in the final part while the Swede could not react and missed too much.

Merckx had to fight an exciting back-and-forth match against Sanchez scoring 40-38 in 21 innings. Sanchez started with a lead then it was the turn of the Belgian to overcome and then again  the Spaniard took the advantage close to the finish line but lastly Eddy Merckx sprinted to close the match.

A big success for the two Colombian players, Garcia and Gonzalez, both winners in quarter finals for an all Colombian semifinal.

Dick Jaspers reaches the final! First semifinal just ended deciding the first player that will fight for the gold medal tomorrow. The Dutchman Dick Jaspers played a great game and did not leave any opportunity to his opponent.  The match score shows a 40-16 in 14 innings. Eddy Mercks will have a last attempt to get a medal in the final for the bronze later today.

The second finalist is the Colombian Jose Juan Garcia that defeated his countryman Pedro Gonzalez by 40-23 in 27 innings.

The final match is now defined: Dick Jaspers vs Jose Juan Garcia. Eddy Merkx will fight for the bronze medal against Pedro Gonzalez.

In the meantime it's Eddy Mercks the first one to take home a World Games Bronze Medal for Belgium in the discipline of 3-cushion billiard. Eddy defeated the Colombian Pedro Gonzalez by  40-24 in 23 innings. For Eddy it's the second World Games medal after a silver back in 2013.

Finally, Dick Jaspers defeated Jose Juan Garcia in the match for the Gold Medal. The Dutchman showed another of his fantastic performances reaching the 40 points finish line in 13 innings while Garcia scored 18 points. This is the second World Games Gold for Jaspers in his career.

The Olympic Channel is live streaming The World Games and billiards will feature on July 16 and July 17 when the finals take place. A full streaming schedule and links are at https://www.theworldgames.org/pages/twg2022streaming. The match schedule, results, and live scores are at esnooker.pl

Follow @wcbsbilliards on social media for full coverage of the billiards program from our team in Birmingham, Alabama.

To request media images from the event please contact ninad.vardam@billiards.sport