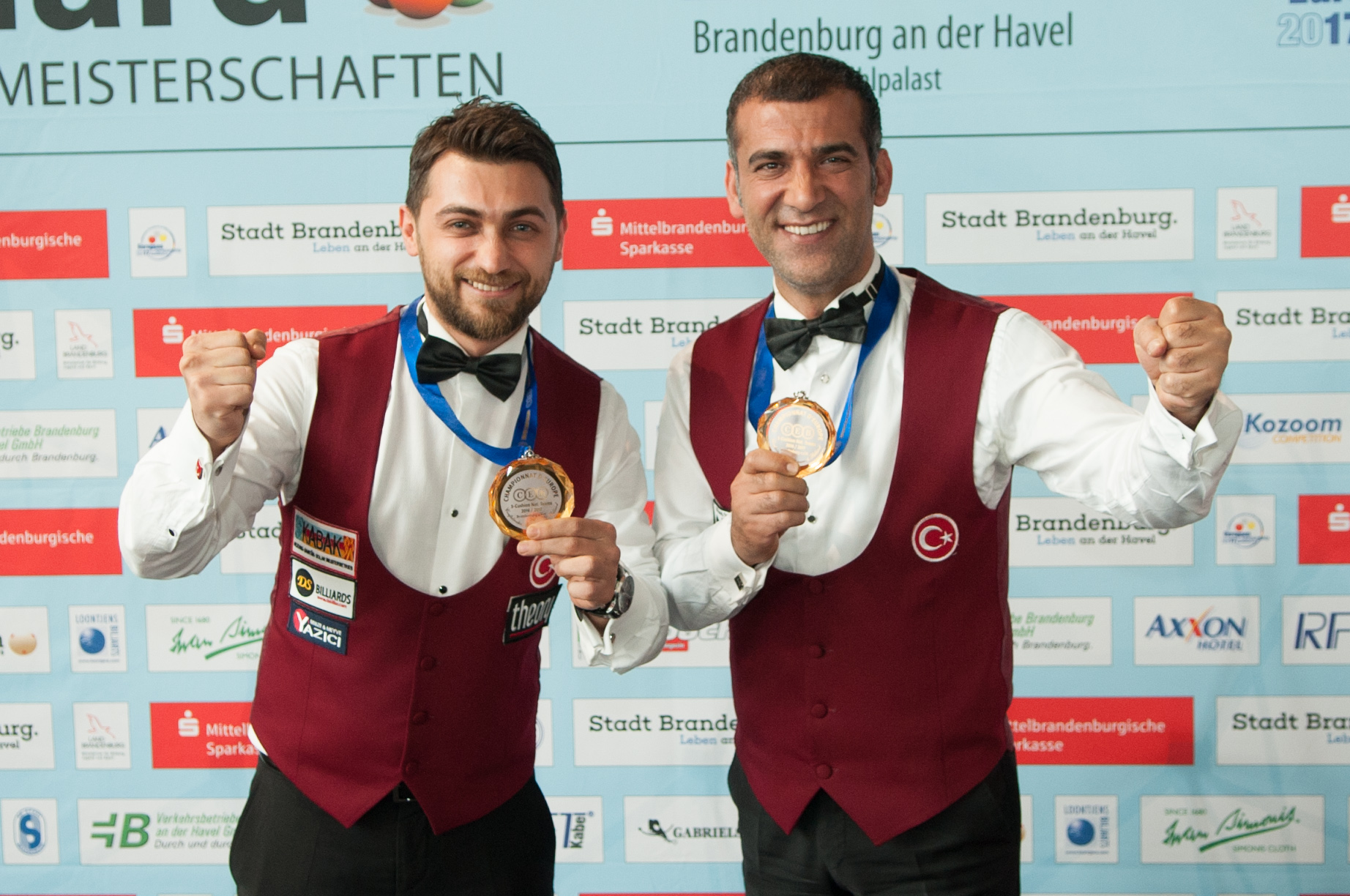 The Turkish duo Tayfun Tasdemir and Can Capak are the new European Team Champions in 3-Cushion-Billiards. Today they won the title against the A-Team from the Netherlands. At the beginning the score was almost even but the Turks were ahead with a few points after seven innings. With the score at 17:11 in favour of Turkey they made a run of 13 points.

After the short break the Dutch couldn’t make a comeback and after 14 innings they had to congratulate their opponents for the title win. For the first time in the history of the event the matches were played with scotch-double, meaning both players shoot alternately. With the Turks playing like a real team during the whole event they were well deserved gold medalists, even though they were almost eliminated in the semifinal by the Greek team. They were already in a 31:9-lead as Turkey made an unbelievable comeback to win the match. In the second semi-final the Netherlands made an easy win over the Danish duo who qualified for the top four by beating France in the quarterfinal.

The group stage is underway in the Cadre 71/2-event. In total 24 participants are divided into eight groups of three players. Only the winner of each group qualifies for the quarterfinal. The winner of 2015, Raymund Swertz from the Netherlands, started with a win as well as his fellow countryman Dave Christiani who was his opponent in the final two years ago. Raul Cuenca from Spain, another medalist from 2015, also managed to win his first match by beating Dieter Steinberger from Germany. Thomas Nockemann, a German hope who won the bronze medal 2015, lost his first match and will need a clear win in his second to maintain his chance for the top 8.  All photos and reports:
http://www.germantour.net/karambol_em_brandenburg_2017_media_tool.asp?id=49 Livestream: www.kozoom.com
Results: http://competition.kozoom.com/en/home/3637/chain/2/