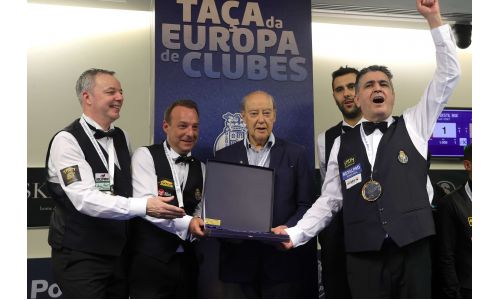 The final round of the Coupe d’Europe 3-Cushion 2022 started today in Porto, Estádio do Dragão, with the 7 teams qualified and the home team of FC Porto.

Two final groups are formed, matches will go on today until last round scheduled at 19:30:

The best two of each group will meet tomorrow in the semifinals and final.

The group winners were FBN Tekstil and FC Porto. BC Andernosien and CB Paiporta were the runners up.

The semifinals are therefore decided:

FBN Tekstil vs BC Andernosien

FC Porto vs BC Paiporta

The first team to reach the final is FBN Tekstil BSK. The Turkish team won 6-2 against the Frenchmen of BC Andernosien. In the second semifinal the home team of FC Porto won over the Spanish team of CB Paiporta for 6-2.

FC Porto won the Coupe d'Europe 3-Cushion 2022 after an exciting match uncertain until the end, delighting the many passionate spectators in the Academy of FC Porto. The match was a draw 4-4 with victories of Daniel Sanchez against Murat Naci Coklu and Rui Manuel Costa on Lutfi Cenet for FC Porto. Gokhan Salman and Tayfun Tasdemir had the better on Dick Jaspers and Joao Ferreira for the Turkish team of FBN Tekstil. The extensions were played on the four tables according to CEB rules and the final result was in favor of the home team for 14-6 therefore deciding the new champions.

Silver medals were awarded to FBN Tekstil (Turkey), bronze medals to BC Andernos (France) and BC Paiporta (Spain).

All matches broadcasted live by Kozoom.
Matches schedule and results  here.
Find the groups here and the teams line up here. 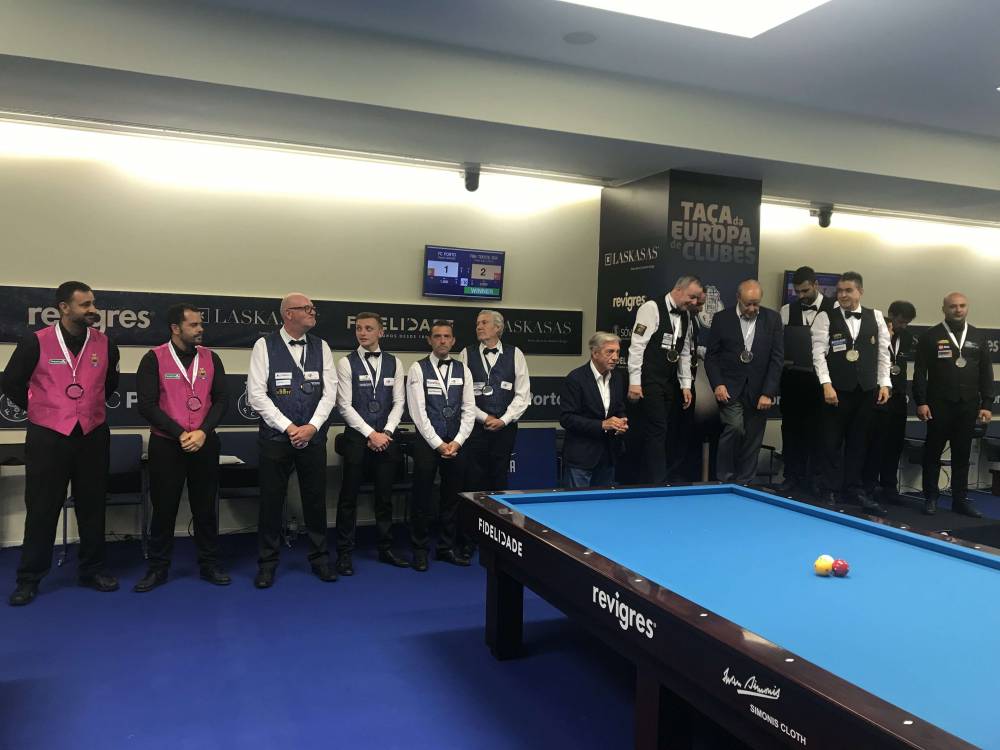 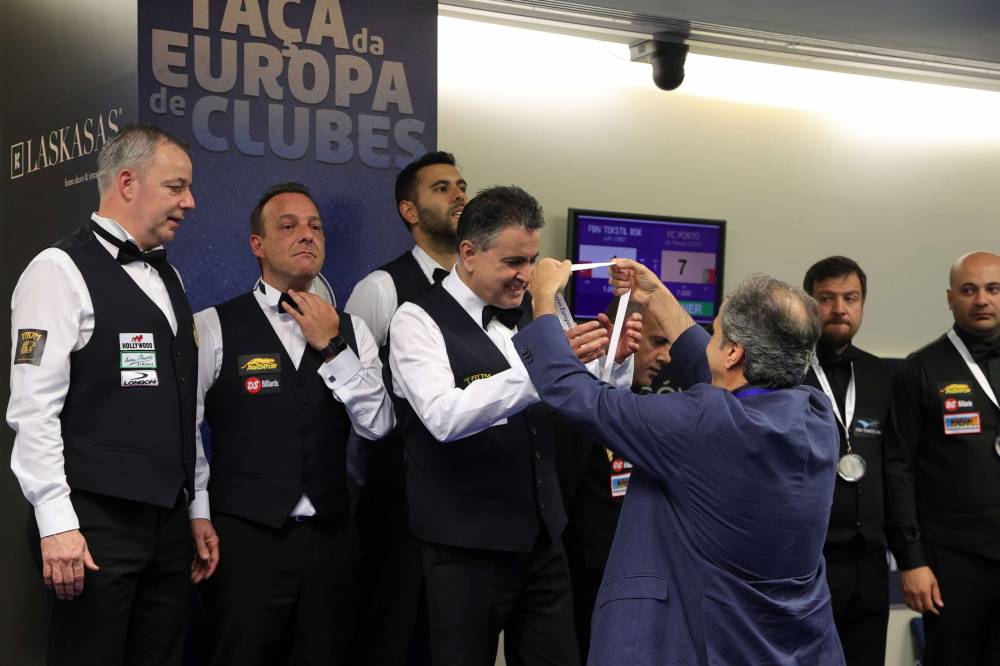 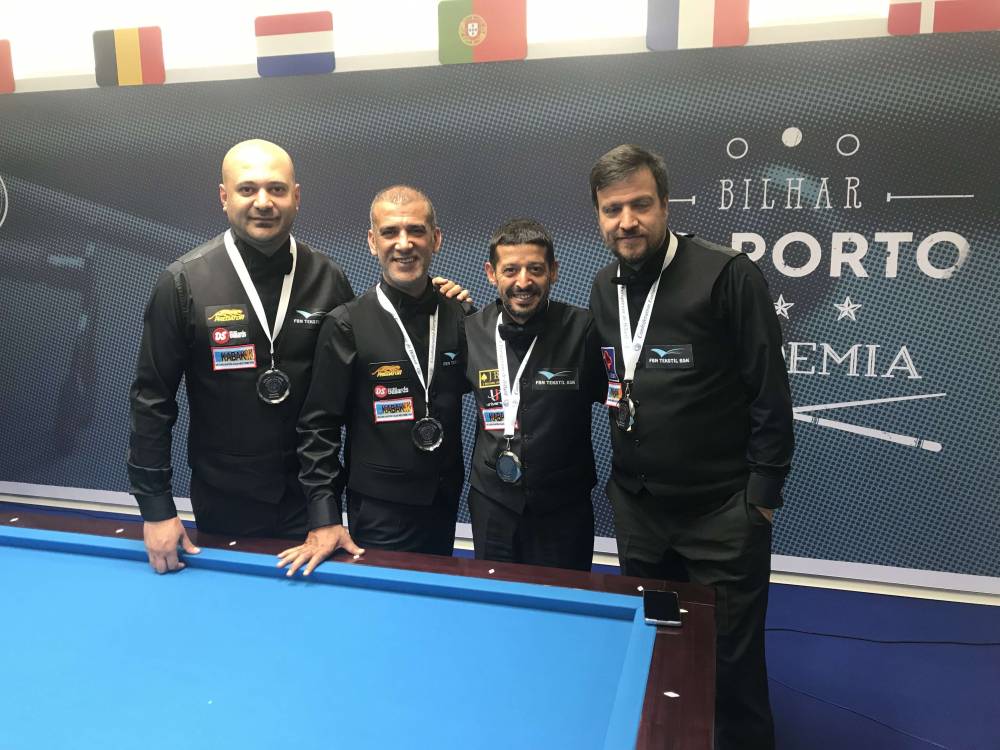 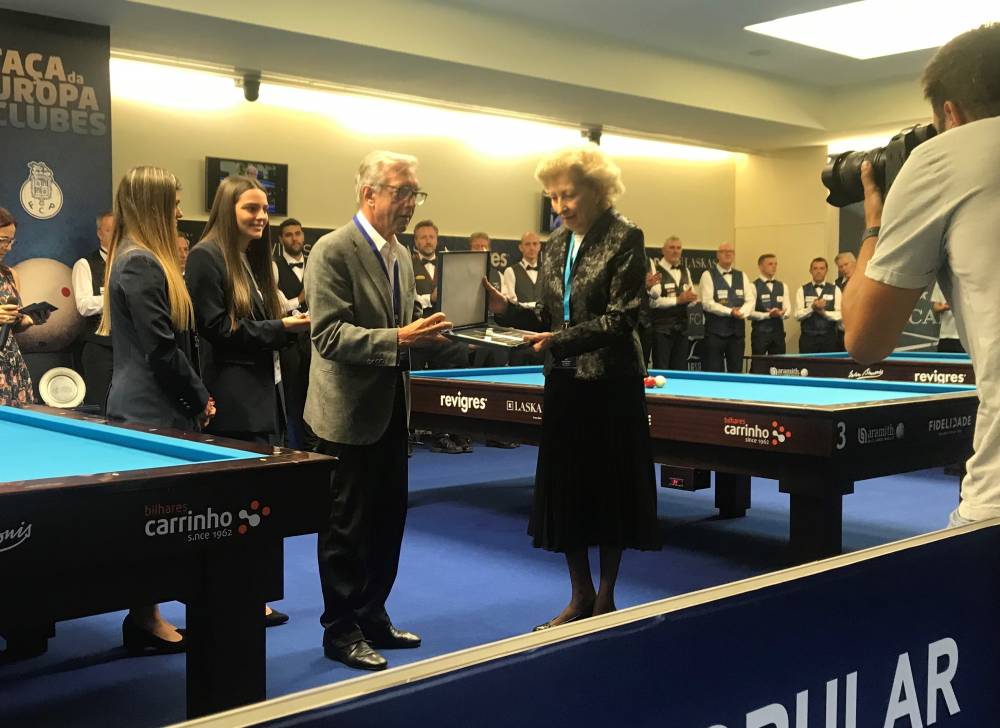 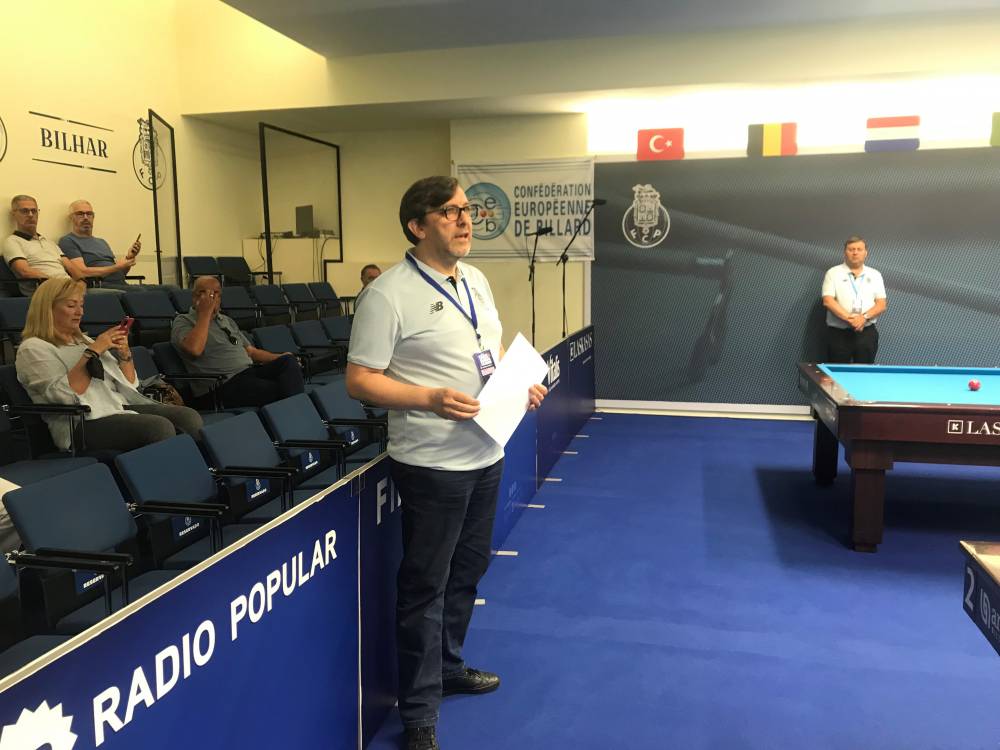 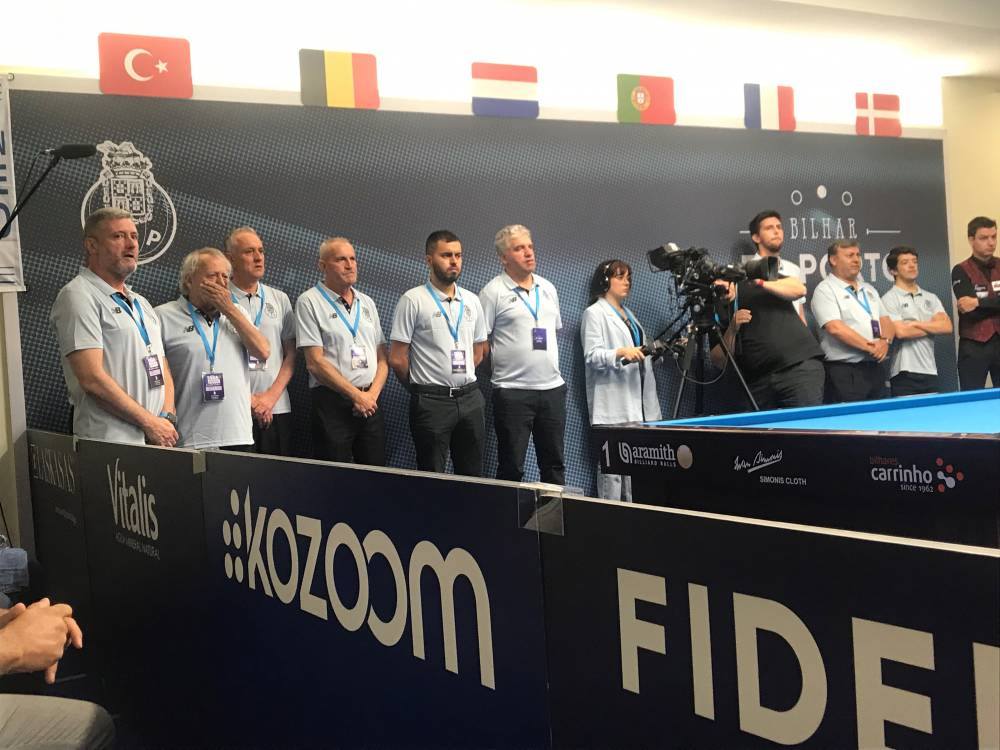