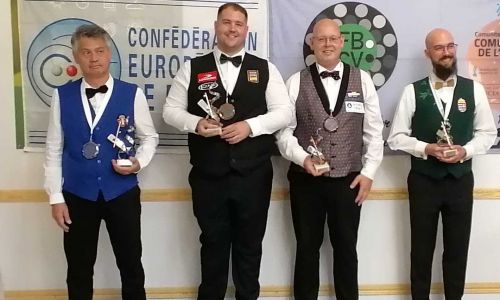 In the Gandia Billar Club took place today the last day of the European Championship Artistic.
Hector Cuadrado won the European Gold in front of his supporters in his homeland. Cheerings and joy exploded when last figure was solved and the victory guaranteed.
Four athletes survived from the qualification round to the semifinals for a sure place on the podium:
Kevin Tran (France), David Keller (Hungary), Hector Cuadrado (Spain) and René Dericks (Netherlands).

Semifinals and final matches were exciting and spectacular, like many other matches all along the entire tournament.

All detailed results can be found here. 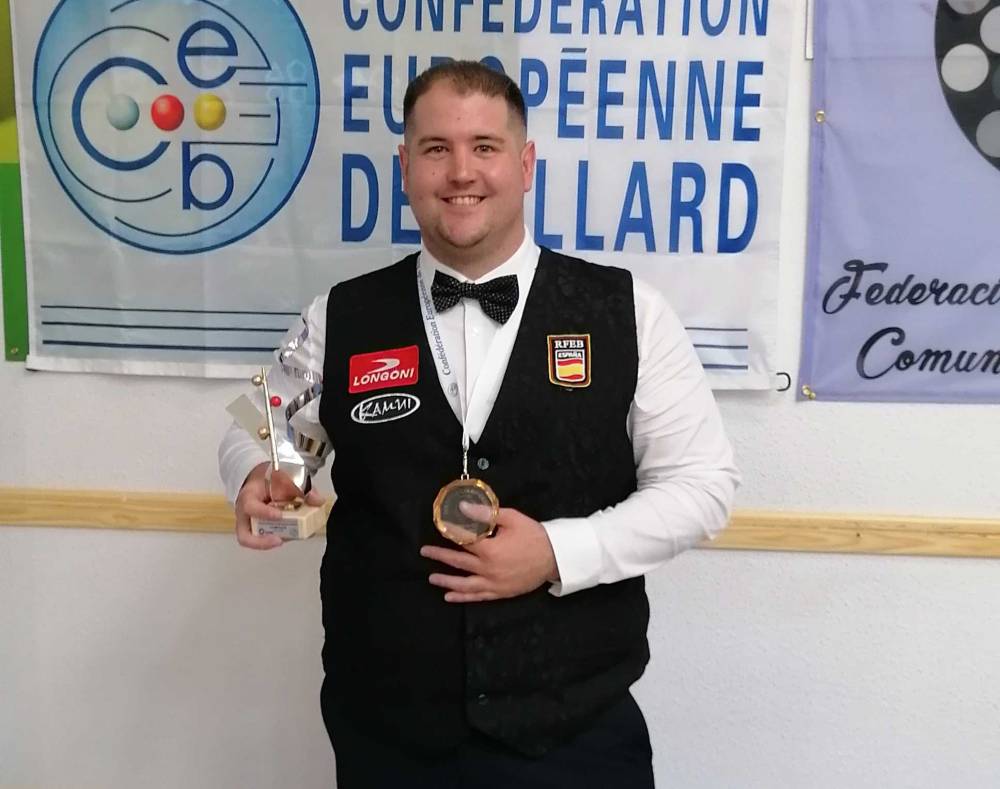